The Pad Presents is an independent promotion outfit based in Bedford.

Operating out of our own venue ‘Bedford Esquires’ our sister business ‘The Pad Presents’ was formed in 2010 to continue and move forward an already buoyant live music scene in the town of Bedford.

The promotion team of Kevin Bailey and Gareth Barber have 40 years of experience between them of promoting live music in and around the Bedford and the 3 counties area.  Our focus is to bring the best bands from the past and new bands for the future to the area to play to a music-loving region of the country that often gets overlooked by national promoters of large tours as well as supporting the up and coming cream of local talent.

Unlike the recent ‘branding’ of many venues around the UK we aim to try to keep the real gig experience alive with decent stage times for support bands, no early curfews, host free after show parties for some of our events and try to involve the community selling tickets through local outlets as well as supporting local publications through regional advertising.

The primary venues for our Bedford live music events are the 1000 capacity Corn Exchange and the multi roomed venue of Esquires with rooms from 80 / 140 / 275 on offer. As well as a base at Esquires we also have and continue to host events at the following venues:

Ideally and centrally located in the UK the town is sandwiched between the both the M1 and A1 Motorways and can easily be reached from Milton Keynes, Luton, St Albans, Dunstable, Hitchin, Stevenage, Biggleswade, St Neots, Cambridge, Peterborough, Wellingborough, Kettering, Rushden and Northampton and is on the main London to Sheffield railway line with regular trains taking as little as 35 minutes from London St Pancreas or 40 minutes from Leicester. 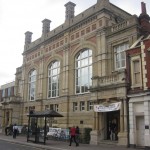 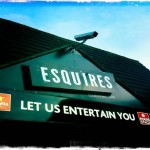