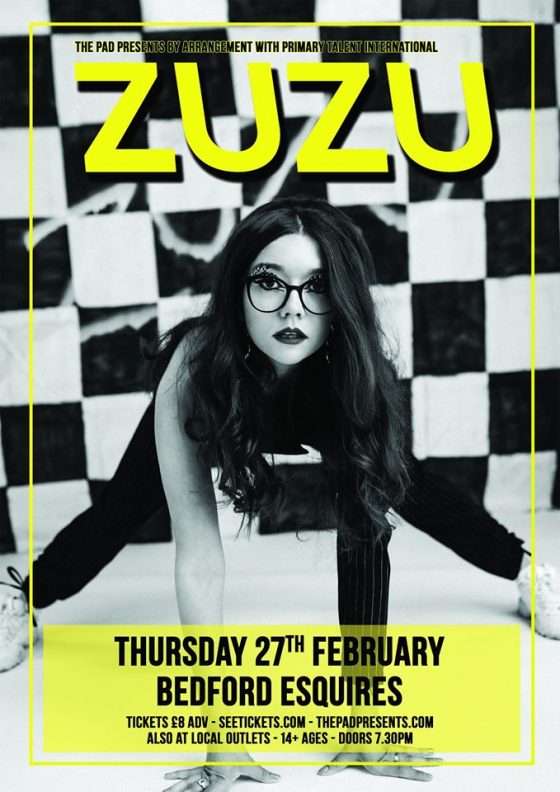 “With her electrifying unpredictability, the sci-fi-loving singer-songwriter could be the future of Liverpool pop” The Observer

“Imbued with both the rock and roll swagger of fellow Liverpudlians The La’s And The Coral, and the powerful melodies of contemporaries Haim and Courtney Barnett” The Line of Best Fit

Computer games and relationships take centre stage in ZUZU’s video for her new single ‘What You Want’, another guitar driven pop anthem for 2019’s Liverpullian breakout indie starlet, and follow-up to the huge ‘Get Off’ and her joint release with DIY Magazine ‘Money Back’ earlier this year. With her unique style and direction ZUZU is unlike any other, rocking her space inspired outfits and Courtney Barnett humour she’s becoming one of the most exciting artists for 2020.

In ZUZU’s world, comic books, strong female icons and massive power-pop riffs are the only things that matter – and she’s out to zap anyone who says otherwise with her own special power: sharp, self-aware indie-pop bangers.

ZUZU has established herself as one of the most exciting artists to emerge from Liverpool over the past year and her highly-charged live shows, powered by enormous indie-pop hooks and driving riffs, are set to conquer indie discos.

With a summer of festivals under her belt, including sets at Reading and Leeds later this month and a sold out headline UK tour including a date at London’s Camden Assembly, her incredible live shows are becoming must see shows.