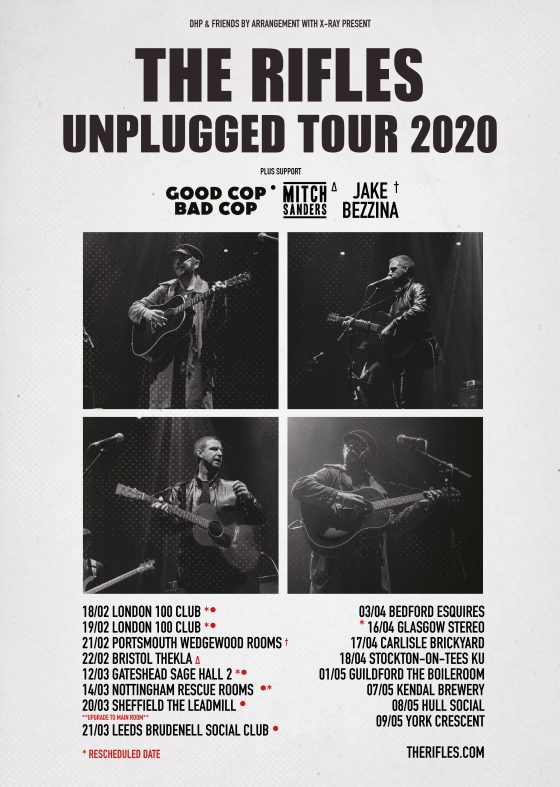 THIS IS A RESCHEDULED DATE FROM FRIDAY 3RD APRIL AND 22ND AUGUST 2020 AND 23RD JULY 2021, ALL ORIGINAL TICKETS ARE STILL VALID

British indie outfit the Rifles rose to popularity in the mid-2000s with a jaunty garage rock & roll sound that’s equal parts Jam-like swagger and a playfulness not unlike contemporaries the Kooks.

First grabbing public attention with the 2005 hit “Local Boy,” the band found chart success in the latter part of the decade with their first two albums reaching number two on the U.K. indie charts and 2009’s career highlight Great Escape.

Amid subsequent rock-oriented releases like 2014’s None the Wiser, the Rifles also embraced the acoustic format, releasing a pair of acoustic EPs and a 2017 unplugged album which they recorded at Abbey Road.

Tickets £16.50 in advance from seetickets or locally from Slide Record Shop, Mario’s Hair Design in Kempston or Esquires bar from Wednesday 4th March at 10am