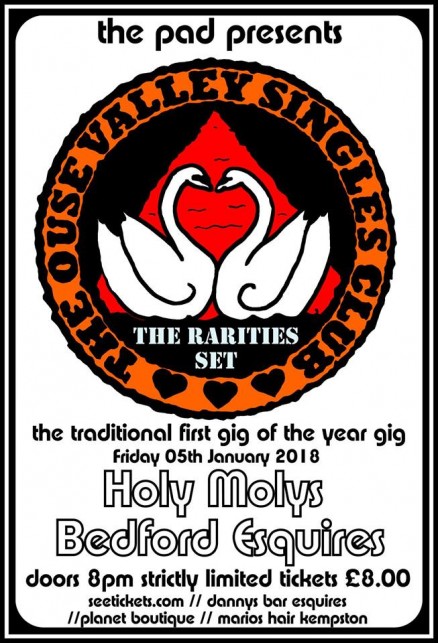 Once again The OVSC take their usual slot on the first weekend of the year gig, but this time they will be treating us to some of the lesser played ditties from their four albums. They will be taking request so if you have an album favourite get it in early. Also expect a couple of new numbers as well as a few of the classics too!
This is going to be an intimate show held downstairs in Holy Molys and therefore tickets Will be limited to 150. This was the plan last year but because of demand the gig was moved upstairs to the main stage, that isn’t going to happen this year they’re keeping it downstairs up close and personal. So get in there quick because when the tickets are gone they’ll be gone.