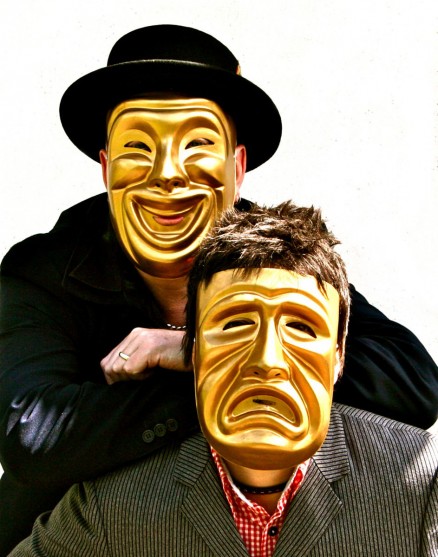 The Dowling Poole + The Nimblewits

The Dowling Poole are coming to make their Esquires debut in Holy Molys on Friday 13th May, with support from The Nimblewits, fresh out the studio, having just recorded a new EP.

The Dowling Poole was formed by singer-songwriters and multi-instrumentalists Willie Dowling and Jon Poole. Their new album, ‘One Hyde Park’, will be made available on 8 April 2016, via a pre-order campaign [non-funding] run through Pledge Music. The single ‘Rebecca Receiving’ will be officially released 19 February.

Their first album ‘Bleak Strategies’ reached Top 20 in the Indie album charts in the UK, and garnered incredible reviews, with Mojo describing it as “A classic British rock album heavy on powerpop smarts 4/5”. Classic Rock magazine hailed the album as “one of the most gorgeously idiosyncratic records to emerge in years 9/10”; and the new release is just as beguiling.

“We found our feet on ‘Bleak Strategies’ and on our new album ‘One Hyde Park’ we take it one step further and concentrate the strongest elements from our debut”, says Jon Poole. “’One Hyde Park’ sounds like us I guess. Only more so”, says Willie Dowling. “More tilting at the biggest windmills the world offers – and in just a year they’ve multiplied considerably – more psychedelically-tinged, arguably ‘British sounding’ songs, with a dose of modern technology sprinkled in here and there.”

Both Dowling and Poole have earned solid reputations as writers, session musicians and producers, writing songs, recording, producing and touring with a large number of different groups and artists. They are always in demand for film and television composition and have worked with some of the biggest names in British comedy and drama.

Influenced by pop masters such as XTC, ELO, Blur, 10CC, The Kinks, The Beatles and more, The Dowling Poole – described by The Sun as “an awesome pairing 4.5/5”, have once more created an eclectic and contemporary sounding mix of semi-psychedelic pop, somehow quintessentially British-sounding, laced with harmonies and a multitude of influences from the best of 50 years of rock and popular music. Powerpopaholic called ‘Bleak Strategies’ an “essential do-not-miss album”.whilst GetReadyToRock said simply, “You will love this album, trust me!”.

With airplay and support coming from various 6Music shows (including a live session with Marc Riley), Mojo Rocks, Planetrock Radio and Teamrock Radio, and the band featuring in numerous ‘best of the year’ lists with ‘Bleak Strategies’, the new album ‘One Hyde Park’ has been eagerly awaited by many.

‘One Hyde Park’ is an album with something to say, and The Dowling Poole have the skills to make it all ring true. Live dates are planned for Spring 2016.

For more information see www.pledgemusic.com/projects/onehydepark or to request an interview please contact Chris Hewlett on 0845 601 2833 or chris@chrishewlett.com

Support comes from The Nimblewits – ‘Described as “Warm, wistful & winning”, The Nimblewits are a deceptively straightforward 3-piece dealing in off-kilter folk-pop with soaring harmonies and irresistible melodies.’

Tickets are just £5 adv, on sale now from seetickets