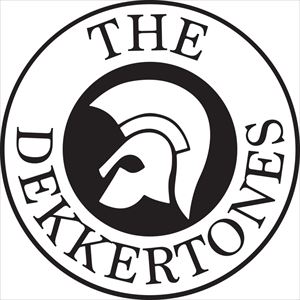 With three SOLD OUT shows to date on the Main Stage at Esquires due to overwhelming demand the Dekkertones have to play twice a year at the venue. The summer show is now on sale and as like their other shows at the venue we are expecting a very busy night!

The DekkerTones are a 9 piece ska / reggae / rocksteady / 2tone covers band playing authentic ska and reggae from the late 60’s Trojan and Bluebeat scene right through to the 2tone era.

The DekkerTones were formed in 2013 and they include some members who have being involved in the ska scene for over 30 years.

They have played all over the South East of England with notable performances at the 100 Club, Gaz’s Rockin’ Blues, Skamouth, Skabour, O2 supporting The Dualers and The Neville Staples Band.

There is a busy schedule of gigs for the remainder of 2018 which includes in trip to Scotland for Skalloween, Great Yarmouth, Southend, London and many more.

Tickets priced £10 in advance online from Seetickets and can be bought in person from Bedford Esquires Bar, Slide Record Shop, Mario’s Hair Design and various band members if you are lucky enough to know them !