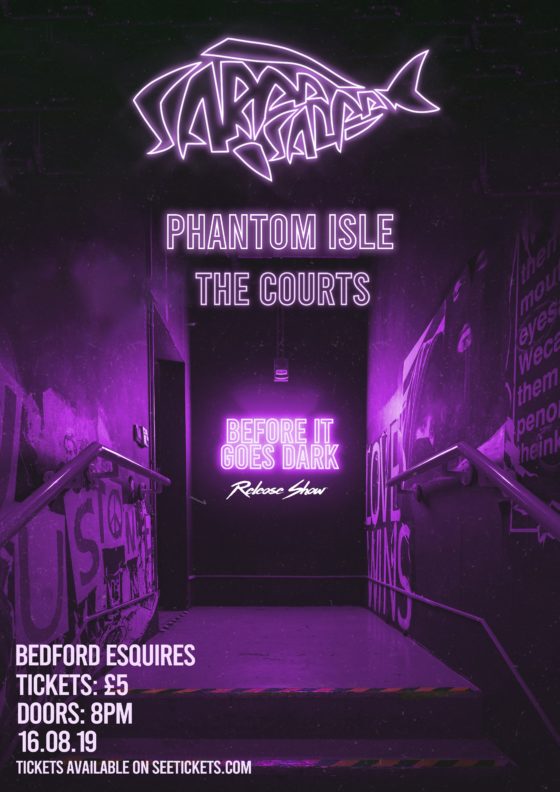 A high summer special at Esquires as we welcome back Sarpa Salpa who return to the venue in support of their brand new single released on the 9th August.
The guys were last seen gracing the venue back in January as part of Steve Lamacq’s BBC 6 Music visit to Esquires as part of Independent Venue Week. Their single at the time ‘Casanova’ picked up plays on 6 Music then a month later became BBC Introducing ‘Single of the Week’ on Radio 1 picking up plays on every show across the station.

The band have been busy playing gigs up and down the UK from Spring into Summer and they grace a few festival stages in July & August. As well an infinity of gigging the boys have also been holed up in the studio writing and recording new material of which the single is released in August and a further EP is due to drop in the Autumn.

Dream pop dressed up in drama from start to finish… This song will alter your state for sure.” – Odd Nugget

Opening up proceedings are the fresh kids on the block as the venue welcomes back The Courts. From playing their debut show at Esquires the band have clocked up some great supports with FEET & Average Sex and clocked up some impressive regional shows. The band have just unleashed their first material on all streaming platforms with their tracks Focus & Ember Leaves. Already getting a few spins on BBc Introducing it looks like another local artist making some noise in the right direction.
Tickets are on sale now priced £5 advance from Seetickets online and available in person from Slide Record Stores // Esquires Bar // Mario’s Hair Design