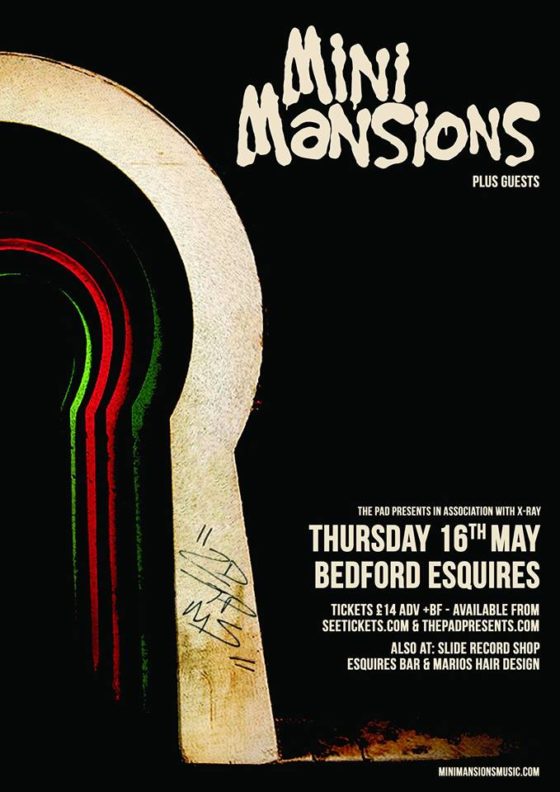 We are very pleased to announce that Mini Mansions will be headlining Esquires on Thursday 16th May, following their arena support tour with a certain Arctic Monkeys!

All three of the band have reunited after a busy schedule (notably Dawes plays in The Last Shadow Puppets, Parkford in Arctic Monkeys and Shuman still plays bass in Queens Of The Stone Age), but they’ve still found time to write and now release their third album ‘Guy Walks Into A Bar’.

The result is their sleekest, most direct and downright poppiest effort to date. Co-produced by Shuman and long time collaborator/mixerCian Riordan, there are some additional familiar voices dotted in with a duet with The Kills’ front woman Alison Mossharton “Hey Lover”and backing vocals from Z Berg (former singer in The Like) on “Forgot Your Name”and the disco banger, “Living In The Future”, which sounds like Devo by way of ELO.

Tickets are £14 adv, on sale from 9am Thursday 21st February from Seetickets and can be picked up locally booking fee free from Slide Record Shop, Esquires and Marios Hair Design