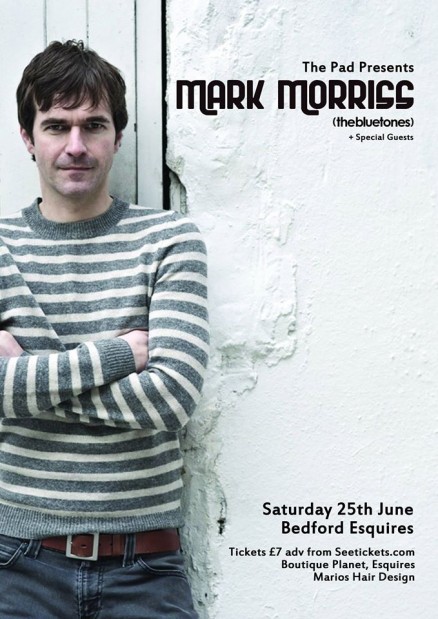 Mark Morriss is a singer songwriter who famously made his name fronting English indie outfit The Bluetones. Mark fronted the four piece over a successful and fruitful 15 year period, scoring 14 top ten singles and 3 top ten albums, whilst touring the UK, Europe and Japan. At the back end of 2011 the decision was made to disband The Bluetones, resulting in a shock farewell tour. Hordes of loyal Bluetones fans turned out in their thousands to give the band they called their own, a fond and sad farewell.

A case of unfinished business, Mark Morriss reformed the band for a series of sold out shows around the UK for the early part of 2016 but has now turned his attentions back to his solo career, and comes to Esquires for an intimate gig on Saturday 25th June. Full support line up to be announced Tickets are on sale now from Seetickets.com and on sale locally very soon