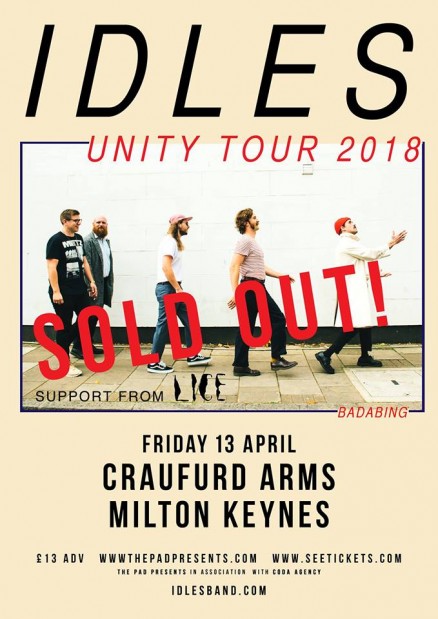 Friday 13th April – The Craufurd Arms, Wolverton Milton Keynes
We are hugely proud to announce that we will be bringing Idles to MK Craufurd Arms after having hosted the band last year at Bedford Esquires.

A band that need no introduction, they have had one of the biggest break out years in living memory, releasing arguably the finest album of 2017 with their debut ‘Brutalism’.

They come to us as part of a very small run of small independent venues before they head out on a larger, already sold out UK tour later in the month.
SOLD OUT IN 8 HOURS – SORRY
Support from LICE.