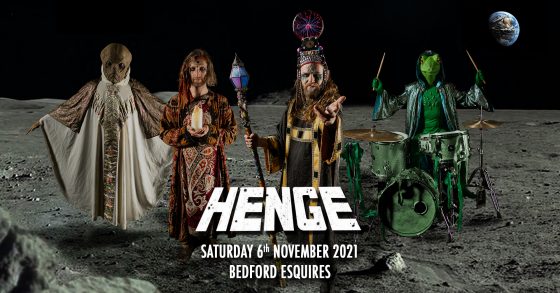 WE COME IN THE NAME OF RAVE

WE BRING YOU THE GIFT OF COSMIC DROSS – A KIND OF MUSIC NEW TO YOUR WORLD.

WE HAVE NEWS. PLANET EARTH IS AN EXPERIMENT. YOUR SPECIES WAS SENT CODES FROM SPACE, TO HELP YOU LOVE AND DANCE. BUT YOUR LEADERS GREW SCARED.

THEY HID THE CODES FROM YOU. NOW YOUR CONSCIOUSNESS SHRINKS AND THEY DESTROY YOUR WORLD WITH WEAPONS OF WAR.

THERE ARE NO EARTH WORDS TO DESCRIBE THESE SOUNDS. BUT YOU WILL LEARN HOW TO LOVE AND DANCE AGAIN.

THIS IS YOUR FUTURE. PUT DOWN THE WEAPONS.

Guest support comes from: Shunya aka Alan Keary is a Limerick born
multi – instrumentalist, producer and stringenthusiast. Keary has been carving a namefor himself under Shunya as a growing influence in the underground jazz / electronic scene in Manchester. Shunya’s sound is an
amalgamation of influences, ranging from his early musical background of classical and Irish tinged violin to the sounds of Manchester’s electronic music scene which compliment his highly accomplished abilities as a jazz bassist in his years of studying music at Salford University.
Most recently Shunya has received notablereputation for being part of GoGo Penguin’s unique remix LP ‘GGP/RMX’ which was released on Blue Note Records earlier in May this year. Other heavyweight electronic artists invited to be apart of the album include Squarepusher, Machinedrum, James Holden & Cornelius. In an album review
Rough Trade Records took particular notice to Keary’s contributions “new discovery Shunya, whose enigmatic reworking of To The Nth almost
steals the record” .

Tickets on sale from the 14th September from Seetickets