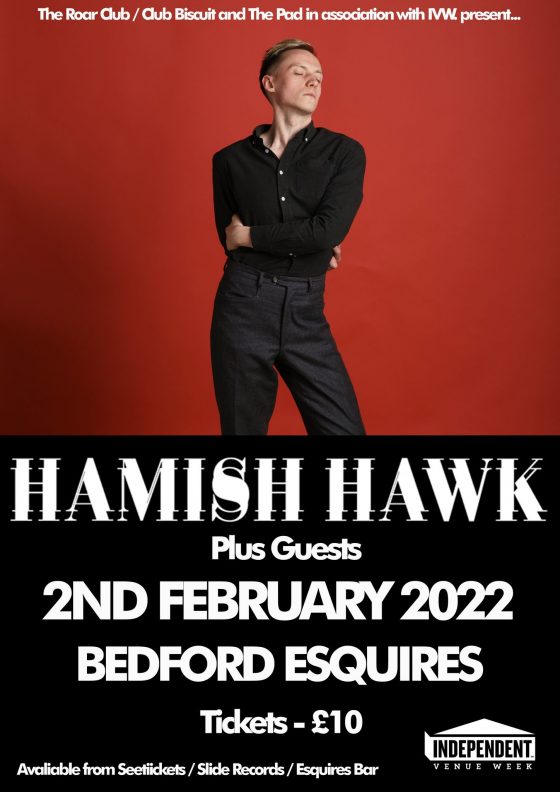 We are delighted to confirm that Scottish Singer / Songwriter Hamish Hawk will be making his debut at Esquires on Wednesday the 2nd February 2020 as part of Independent Venue Week!
With The Skinny naming Hamish Hawk’s 2021 album ‘Heavy Elevator’ the best Scottish album of the year (beating off competition from Mogwai, Chvrches and Teenage Fanclub), Hamish now finds himself regularly touted as the ‘next big thing’.
With clever lyrics and songs that sound like The Cure, The Divine Comedy or The Smiths at their most playful, here at Esquires HQ we are firmly of the opinion that recent single ‘The Mauritian Badminton Doubles Champion, 1973’ is one of the best things we have heard in absolutely yonks.
You’ve undoubtedly heard him on 6Music over the past 12 months, now is your chance to catch him in a small venue before the inevitable meteoric rise to arenas and stadiums!
Tickets are £10 in advance, available from 10am Monday the 20th of December from www.seetickets.com