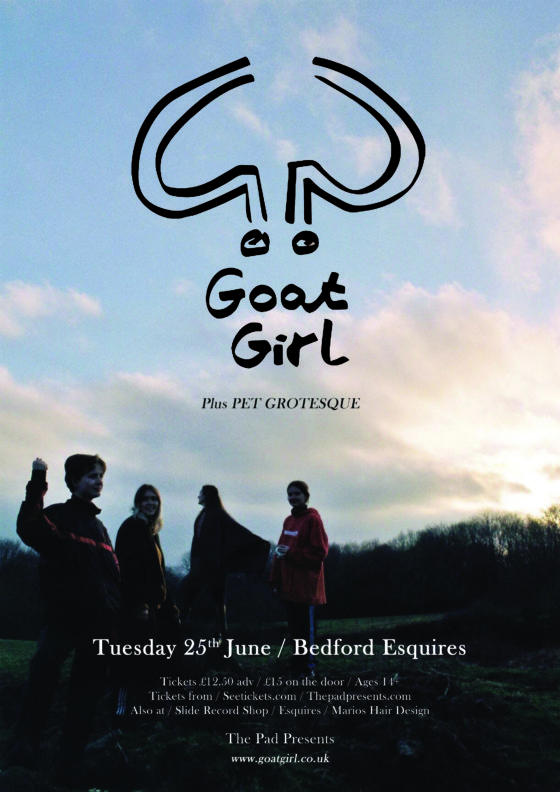 We are very pleased to announced that one of our absolute faves, Goat Girl will be coming to Esquires for a festival warm up show, with special guests Pet Grotesque!

We first clapped eyes on Goat Girl in a tiny pub in Brighton as part of The Great Escape in 2016 and have been trying to book the London 4 piece ever since. Honing their craft in the pubs and community spaces in Brixton, the band have not looked back since, signing to Rough Trade and releasing their self-titled debut album to critical acclaim in 2018.

This special, intimate festival warm up show is just one of two shows the band play in the UK, we highly advise picking up tickets in advance.

Tickets are available in advance from 10am Friday 26th April from Seetickets and in person from Esquires Bar, Slide Record Store & Mario’s Hair Design