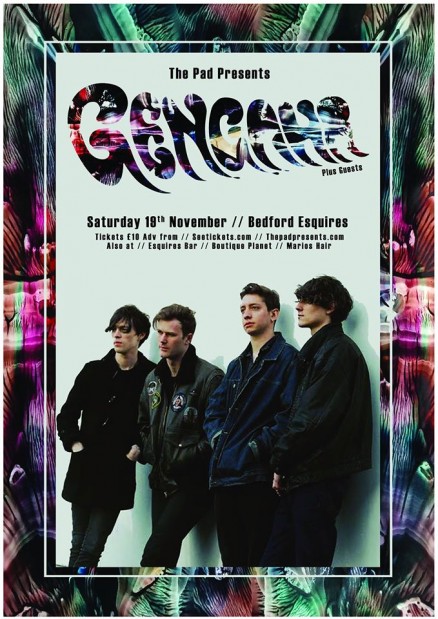 We’re ever so excited to announce that Gengahr will be making their return to Bedford Esquires on Saturday 18th November, over two years since they supported Wolf Alice here.

The band first broke into the public conciousness when debut single ‘Fill My Gums With Blood’ was played by Huw Stephens on his Radio One show back in 2014. After a string of high profile suport tours and festival slots, the London 4 piece went on to release debut album ‘A Dream Outside’ to critical acclaim.

They come to us here on a tour of smaller venues, we feel an announcement of new music may be imminent!

“Psychpop with heavy emphasis on the pop” The Guardian

“It might be jumping the gun a bit to call them the ‘saviours of British guitar music’, or anything along those lines, but it must surely rank amongst the finest guitar-driven debut album to be coughed up by British music thus far in 2015.” CLASH

Tickets are on sale 9am on Friday 16th September, available from..