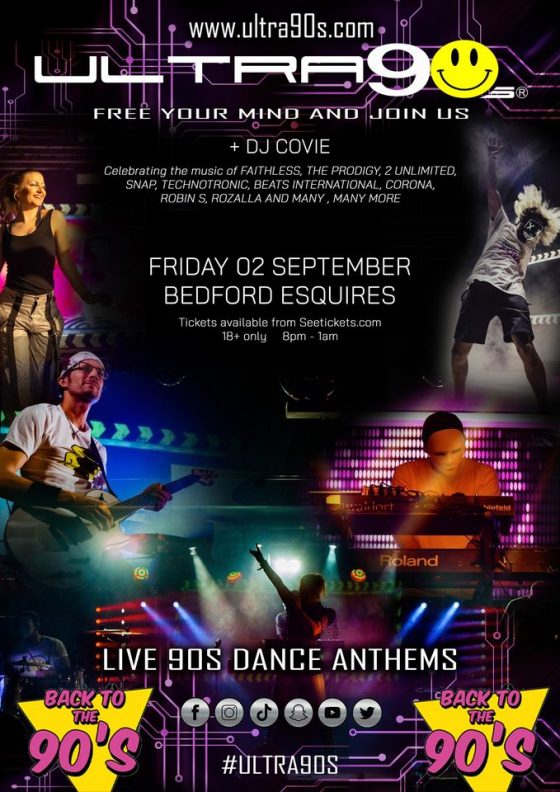 BACK TO THE 90S – Ft Ultra 90’s LIVE + DJ Covie
From the team that brought Dario G, Urban Cookie Collective & Capella to 20,000 people in Russell Park at Bedford River Festival it’s time once again to return YOU back to the most exciting musical movement in decades – the dance era of the 1990’s, with LIVE BAND Ultra 90s!!!
Fasten up and prepare yourself to join us at Bedford Esquires as the past, present and future collide, creating a futuristically geared partyland where advanced technology reigns supreme and music is the key to life…
Blow those whistles and put your hands up in the air because… Ultra 90s are in the house! Taking you late into the night will be king of the decks, DJ COVIE.
Super Early Bird Tickets: £10
Early Bird Tickets: £12.50
General release: £15
Group tickets: 4 for £40
https://www.seetickets.com/…/bedford-esquires/2389896
Doors open 8pm – LATE