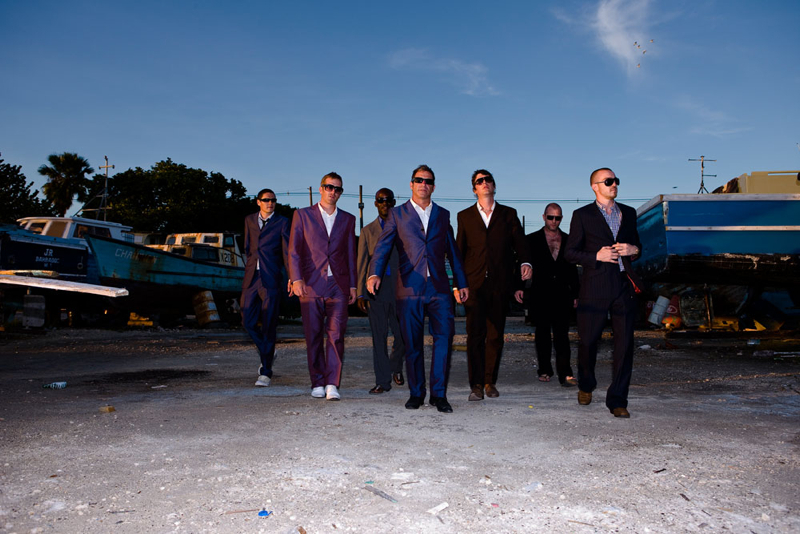 Dub Pistols are one of the best live bands on the circuit and finally touch down at Esquires in Bedford on Saturday 16th November.
From their early singles for Concrete Records to their genre defying ‘Six Million Ways To Live’ lp, the Dub Pistols have always added a much needed Rock n Roll swagger to the UK’s dance scene. Chewing up hip-hop, dub, techno, ska & punk & spitting them out in a renegade futuristic skank they have consistently defied genres & exceeded the highest of expectations.

Their genre-mashing abilities have led to remix work for the likes of Moby, Crystal Method, Limp Bizkit, Bono, Korn & Ian Brown, and seen them work with hiphop legend Busta Rhymes on ‘One’, a track for Blade 2 & ‘Molotov’ on the Y Tu Mama Tambien soundtrack.

Front man Barry Ashworth is also known for his full-throttle peak-time DJ sets across Australia, Singapore, Serbia, Dubai, Thailand, Germany, Croatia, Italy and France, to name but a few. Whilst 2010 is yet another busy year for Barry; licensing deals with Playstation Singstar & Hollywood Movies Parenthood & Piranha 3D, remixes in the making for Atomic Hooligan, DJ Love & Myagi, and his co-owned label Westway making bigger waves than ever. There is just no letting up for this much-loved party starter.

Check their last album in full here streaming on You Tube.

This site uses Akismet to reduce spam. Learn how your comment data is processed.