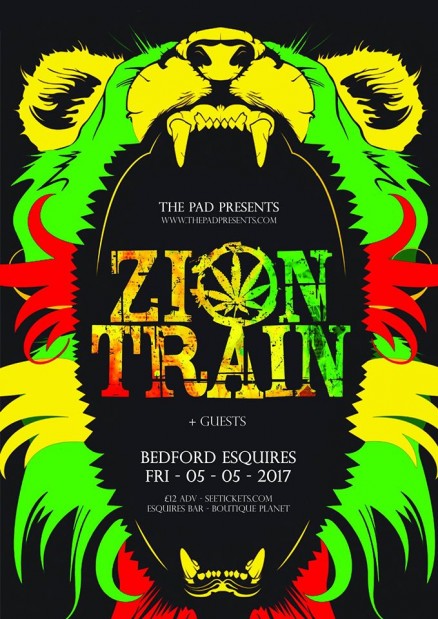 We are extremely pleased to announce that the masters of Dub, Zion Train are coming to Bedford to make their Esquires debut on Friday 5th May!

Zion Train have been one of the planet’s most prolific groups, along with a mammoth recorded output and innumerable production credits, remixes and song writing collaborations they have produced magazines, CD-ROMs, Internet sites and built sound systems. Their early releases were on their own Universal Egg label, until in 1995 they signed to China Records.

They released the world’s first promotional dub music video for the ‘Get Ready’ single and caused a furore with the publicity campaign for their ‘Homegrown Fantasy’ album. Back on their own Universal Egg label since 1999, they have continued to release quality dub, electronica and world dance music. Full support line up to be announced, and details of an after party! ————- Tickets are £12 adv, on sale now from seetickets and available locally from Esquires, Boutique Planet and Marios Hair Design from Wednesday 8th February