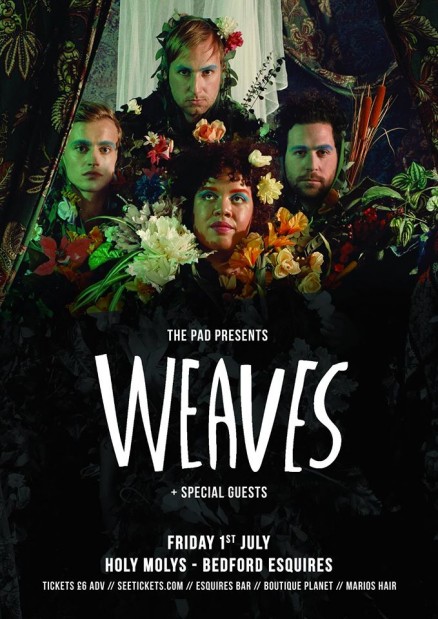 Having only released one EP and playing live as a band for little over a year, Weaves have quickly become an internationally buzzed about band. They were recently chosen as Rolling Stone’s “Band To Watch”, and have shared the stage with Constantines, Tune-Yards and Austra, playing such venues as Massey Hall and The Phoenix.

With the addition of a virtuosic rhythm section made up of Spencer Cole and Zach Bines, and you’ve got a band that’s slick yet slimy, backwards yet forward thinking, perhaps on the tip of collapsing. Special guests to be announced very shortly Tickets are £6 adv, on sale now from Seetickets: Available locally very soon