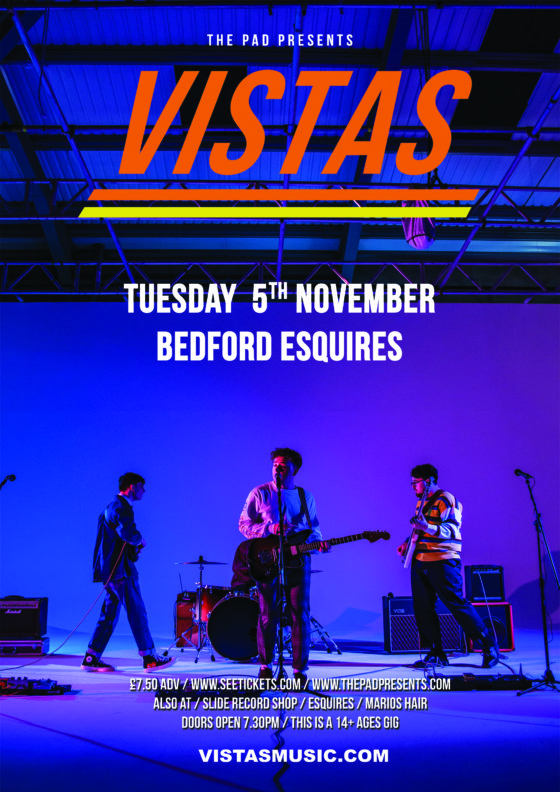 We are very pleased to announced the return of VISTAS to Esquires, having supported Fatherson here recently, and fresh off their UK tour with Circa Waves!

“The band are continually reaching for the heights, with each new song seeming to punch further and further.” – Clash Magazine

Edinburgh’s Vistas have been surging to the forefront of the indie-rock scene over the last few years with a steady stream of catchy, radio ready releases leading the band to pick up extensive praise from the likes of Radio 1’s Huw Stephens, 6 Music, DIY Magazine and Clash Magazine among many others – With every release defining the band in a clearer light, Vistas now come through with their latest single ‘Eighteen’ which will only continue to solidify their position as clear ones to watch for the year ahead.

Having picked up over 15 million streams and cultivating 650k monthly listeners on Spotify in a short space of time, the Scottish trio have quickly become known for their brand of colourful and energetic guitar-based indie pop and are quickly beginning to show their universal appeal.