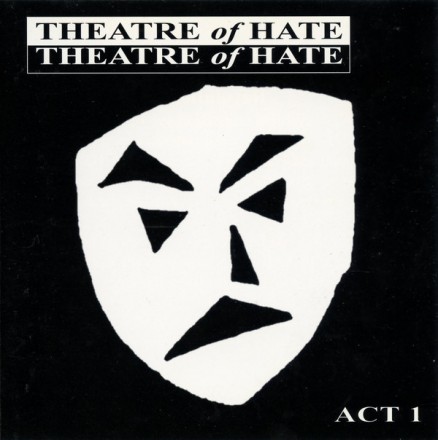 Theatre of Hate + The Membranes

Following a sell-out show back in 2016 with Spear of Destiny & his solo shows Kirk Brandon brings the original post-punk band Theatre Of Hate to The Craufurd Arms this October as part of the bands European tour.

In 1980, Kirk Brandon formed Theatre Of Hate from the ashes of heralded punk band The Pack. Joining Kirk on vocals were notable punk musicians Stan Stammers and Luke Rendall, along with old school friend, Steve Guthrie and Canadian born John “Boy” Lennard, who revolutionised the band’s sound with his haunting sax lines.
Theatre Of Hate’s debut double-A-side single, “Legion”/”Original Sin”, topped the independent chart in 1980, and “Westworld”, their debut album, produced by Mick Jones from The Clash and released in 1982,held the number one position for 21 weeks. The single taken from the album, “Do You Believe In The Westworld?” has become an anthem and is still widely played in clubs and on international radio, as well as featuring on numerous compilation albums.

During touring in 2014 and 2015 the band constantly recorded at Oxygen Studios in Manchester, the first new studio album in 30 years KINSHI was released late last year on CD, Vinyl, Download & Dub. The 12 brand new songs are simply stunning. Part funded by a fan based private Pledge campaign this THEATRE OF HATE masterpiece is all set propel the band even further back into the spotlight. Between, October and November, THEATRE OF HATE will tour ‘Kinshi’ across the UK and over Europe.

Kirk, Stan and John will be joined by current Spear Of Destiny band member Adrian Portas (New Model Army) and Chris Bell(Hugh Cornwall) on drums to pay homage to the iconic TOH sound.

Special guest support come from THE MEMBRANES the highly influential UK underground band. The Membranes recently reformed. In the 80s they developed a dark and discordant and wild music that was at the forefront of the Death To Trad Rock UK underground scene. Fronted by John Robb this is the band first appearance in Bedford for over 25 years.

Tickets priced £18 are on sale now from See-tickets and will be available in person from Slide Record Store, Esquires Bar, Mario’s Hair Design in Bedford & Vinyl Revelations in Luton from the 1st June.