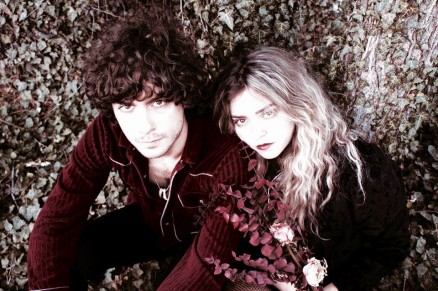 We are very pleased to announce that we are putting on a FREE entry show with U.S duo The Velveteers, with Dois Padres on support duties!

The Velveteers are an American Rock outfit from Boulder, Colorado
that is the epiphany of punk with the aggressive sound and grungy wisdom that transcends through the Siren like power of Demi Demitro’s (frontwomen/lead guitar) voice.

Through fuzzed out guitar riffs and thunderous drums they lure their audience with vibes that come right out of a classic horror flick. In 2016 at just a year old and not even an ounce of music released, The Velveteers embarked on their first tour supporting Los Angeles duo Deap Vally, playing sold out theaters across the UK.

Since then The Velveteers self-released their first six-song EP in February of 2018 and have been touring around the USA and will be returning to the UK in October, with one of the dates being a rare free show here in Bedford.

Dois Padres hit the stage at 9.30pm – Make sure you make this show, it’s going to be a special one.