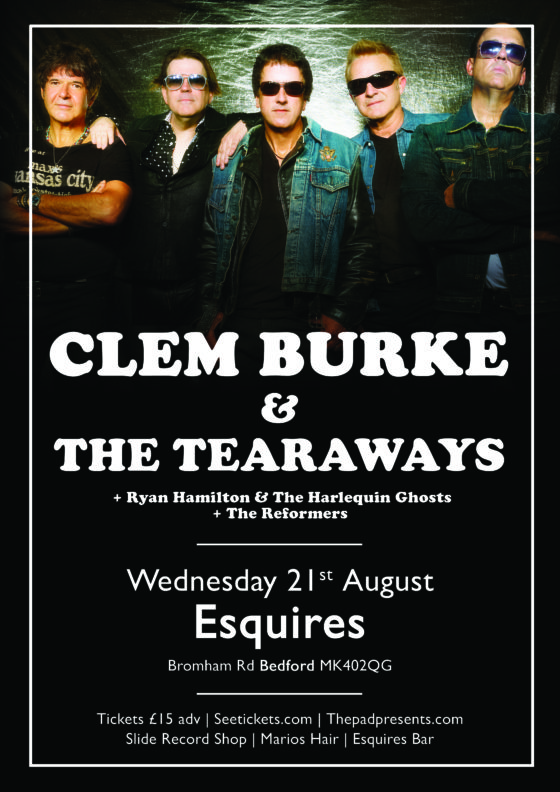 The Tearaways have been a long time California staple from their simple origins in the Santa Barbara indie scene back in 1981 to their current status as a touring and recording act. With Five major releases over the last five years, the band continues to push the boundaries both creatively and through sheer stamina and their latest release “Esquire” (for short) has taken the band to a new level showing that age is only a number.

With a legion of fans who range from major celebrities Tom Hanks to comedians Tom Green and Carrie Keagan to Radio disc jockeys ranging from the legendary LA Dee Jay Rodney Bingenheimer from KROQ’s famous Rodney on The Roq and now Sirius/Xm’s “Underground Garage” to MIke Rogers from Japan’s InterFM897 “What the Fun Day” and JoJo Wright from KIIS-FM’s “JoJo on the Radio” the Tearaways are showing no sign of slowing down.

The band is comprised of John Finseth vocals, guitar, bass, Greg Brallier vocals, guitar and harmonica, John Ferriter vocals, Bass, guitar & David Hekhouse on Guitars and Vocals and of course the legendary BLONDIE DRUMMER CLEM BURKE behind the kit. The band combines the influence of the British Invasion with the California Sound to create a driving brand of Pop and rock that appeals to fans from 6 to 66!

Recent TV appearances include NBC, CBS, FOX, ABC, Tribune and The Arsenio Hall Show.
The band has backed up everyone from The Archies to Badfinger and even young up and comer Millie Courtney from Liverpool.

Rock and Roll Hall of Fame Drummer Clem Burke from Blondie toured with the Tearaways in 2016 and 2017 and will be back for the band’s UK tour in fall 2019.

Special guest support comes from Ryan Hamilton & The Harlequin Ghosts,Trans Atlantic rock n roll band hailing from Texas and the UK and opening up proceedings is Bedford’s very own The Reformers.

Tickets are on sale now priced £15 in advance from Seetickets online and in person from Mario’s Hair Design, Slide Record Store and Esquires Bar.