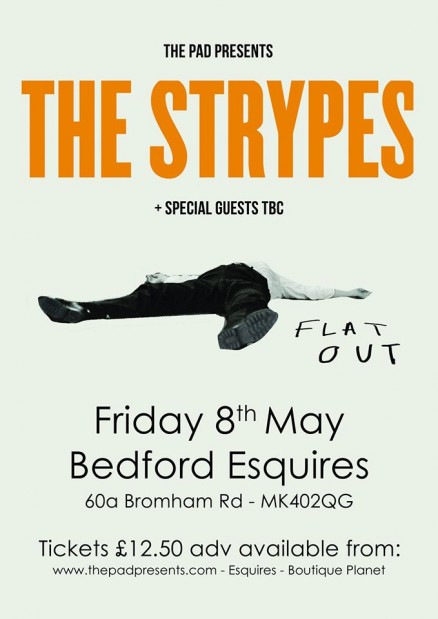 We are dead chuffed to be able to announce that we have secured a date with one of the most exciting new bands around right now, with The Strypes coming to town as part of a small venue tour.

The four piece from Ireland blew up last year, supporting a string of huge bands, from The Rolling Stones to Noel Gallagher and Elton John, with their debut album Snapshot going top 10 in the process.

The Strypes draw inspiration from bands such as Dr. Feelgood, Eddie and the Hot Rods, The Rolling Stones, The Yardbirds, Lew Lewis and Rockpile as well as the original bluesmen and rock ‘n’ roll artists such as Chuck Berry, Bo Diddley, Howlin’ Wolf and Little Walter, among others.

Their set is a fast-paced, gritty, garage rock “speed blues”, which mixed the powerful approach of Dr. Feelgood with the intense rave-up format of The Yardbirds, has quickly cemented their reputation as a live act not to be missed.

Tickets for this show are likely to sell out in advance, so we highly advise picking up tickets as soon as possible.

Tickets are £12.50 advance, on sale now from: http://www.seetickets.com/event/the-strypes/bedford-esquires/866541

They will also be on sale from Esquires and Boutique Planet – We will announce when they arrive.