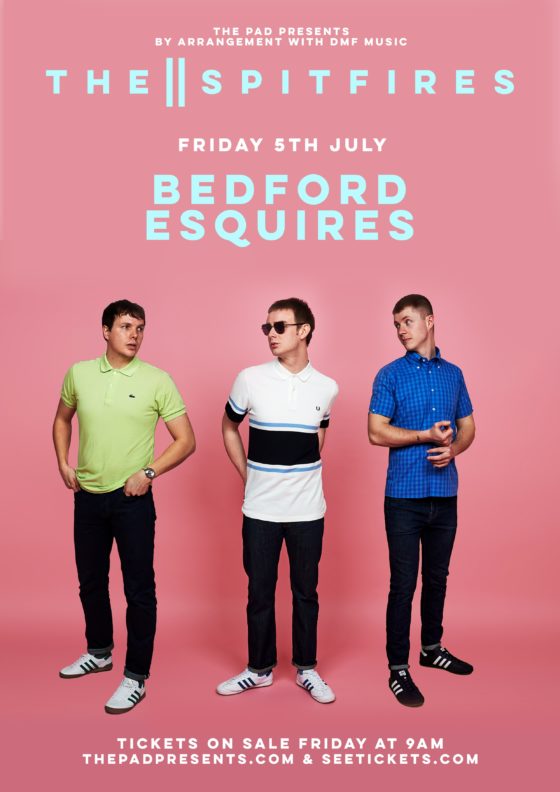 “Watford based 3-piece The Spitfires are songwriter Billy Sullivan on lead vocals and guitar, Sam Long on bass/backing vocals and Matt Johnson on drums. The Spitfires take in a wide range of influences from reggae and ska through to punk and soul. This melting pot has helped infuse the band’s own sharp sound and style.
Clash Magazine says it’s “Spiky, rebellious rock ‘n’ roll delivered with no small degree of street smarts and style” and John Robb from Louder Than War thinks “The Spitfires are musical street fighters with a genuine passion”.

The Spitfires are rapidly emerging as a politically-charged, grass-roots movement that won’t wait for permission to take their music, and their message, across the country and into the heartlands of the crumbling towns and inner-city communities that their music is built from.

Since forming in 2012, the band have released three albums – ‘Response’ in 2015, ‘A Thousand Times’ in 2016 and ‘Year Zero’ in 2018. As well as relentless touring, the band have supported The Specials and Paul Weller and last year made their national TV debut on BBC’s Andrew Marr Show, waking up Sunday morning viewers with a blistering version of the anthemic ‘Stand Down’.
The band’s work ethic and acute social commentary has made this fiercely independent band one of the most popular underground success stories in the UK today. Their attitude and independent spirit has earned them a dedicated and loyal following across the whole of the UK and Europe”