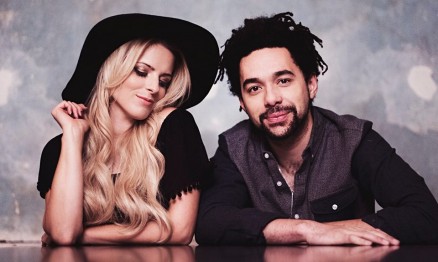 No strangers to Bedford, country duo The Shires return to their home county for an evening of country influenced music straight out of Nashville. Following their seated show which sold out 2 months in advance in April at Bedford Corn Exchange, The Shires return with a standing show for all those fans who were disappointed not to get tickets last time.

The duo of Ben Earle and Crissie Rhodes have swiftly became one of the real buzz bands of 2014. Hailing from Bedfordshire and Hertfordshire, and with only a handful of live dates under their belt, The Shires secured the support of a host of industry tastemakers in no time. They signed to Decca just before they made their offic…ial live London debut at the second annual Country 2 Country Festival at London’s 02 Arena in 2014.

The pair have had countless TV and radio appearances – Chris Evans breakfast show, the One Show as well as appearing on credible country radio shows such as Bob Harris. Their single “Friday Night” was a single of the week on Radio 2 and their debut album “Brave” was also album of the week on Radio 2. The album went straight into the top 10 when it was released – the first time a UK country based artist has an album that has headed so high in the mainstream charts.

This is a standing show with limited reserved seating on the balcony.

Planet Boutique in The Arcade