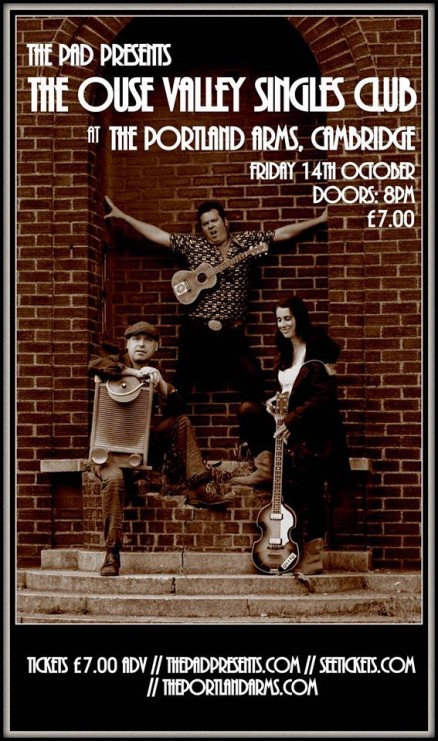 Blazing a trail across East Anglia and the Midlands, the Band that gave you internet smash hit ‘Girl from The Fens’ are coming to town. Heavily influenced by the sounds & traditions of 1950’s Skiffle the OVSC combine this sound with the energy of Punk, Rub n Dub Reggae and the swing of Rock and Roll. Layer it all with hilarious storytelling and what you get is a truly original & likeable sound ‘New Wave Skiffle!’ giving a hysterical insight into everyday life with tales of woe and razor sharp observational commentary whilst simultaneously rocking the audience. Regulars at Strawberry Fair and last year’s Lodestar, they smashed it when they supported MC Devvo at a sold out ‘co-headline’ show at The Portland in March. Supporting luminaries such as Chas and Dave on their 2014/15 tour and warming up for Bob Geldof and The Boomtown Rats at the Great British Alternative Music Weekender they have performed to some big crowds. This is one show you don’t want to miss