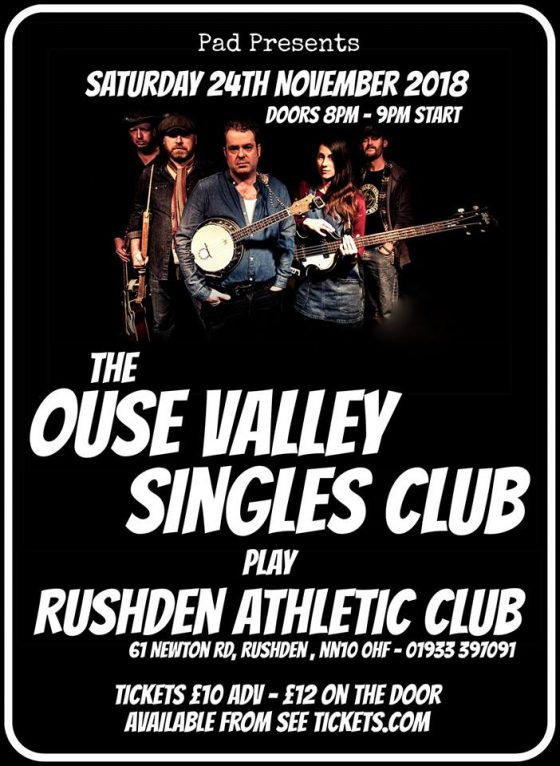 In case you are wondering what or Who are The Ouse Valley Singles Club? Well, heres a bit about us: We are a 5 piece band from the rather cosmopolitan market town of Bedford. We use sounds & traditions of 1950’s Skiffle combined with the energy of Punk and a splash of Rub n dub Reggae to relay hilarious Folk-like story-telling within our songs, often crossing the parameters of what is deemed to be socially acceptable. In doing this, we have created a truly original & highly entertaining genre that has been dubbed (by us ?) as “New Wave Skiffle”. Our songs and videos, (including Girl From the Fens, Milf Hunter, Spunky Dave, River Great Ouse and the east nothants anthem ‘from Rushden with Love’) have given us a pretty strong online presence and gained us a large following of lovely loyal fans and a semi.. a semi-cult status in and around the East Anglian / east midlands region The Rushden Athletic Club will be our first major headline gig in Northants, please dont miss it, its going to be a rather special night.

A rather splendid traditional venue upstairs above the Athletic Club on Newton Road.