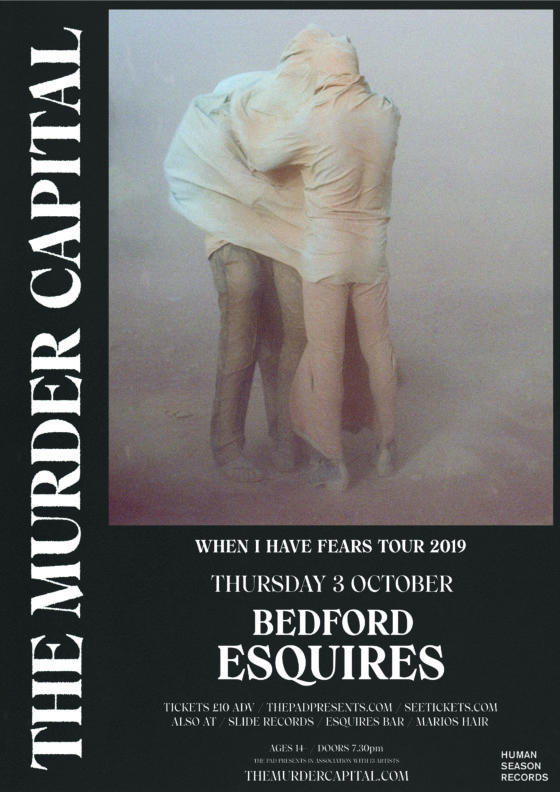 We are very proud to announce that one of the most exciting new bands on the planet and our current faves, The Murder Capital are coming to Esquires in October.

The band have just released their mesmerising debut LP ‘When I Have Fears’ to mass critical acclaim, even bothering the mainstream charts. Every single show on their October tour has already sold out and we are very fortunate to be able to bring them to town, having chased the band for well over a year and securing a warm up date.

This show will sell out and you won’t see this band in a venue this small again, we highly advise picking up tickets ASAP.

Tickets are just £10 advance, on sale Friday 6th September 10am from Seetickets here: