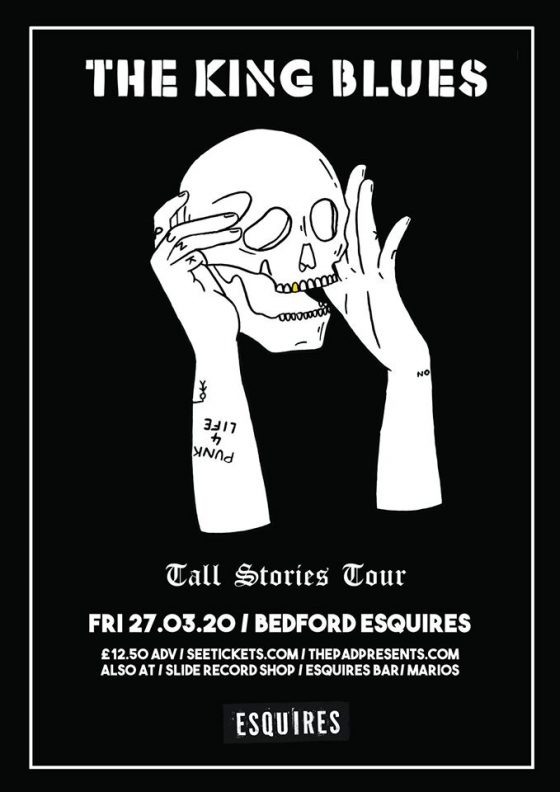 We are pleased to be bringing The King Blues back to Esquires for the first time in a number of years on Friday 27th March, with Itch and Co always selling out the venue – advance tickets are highly advised.

The King Blues are a British punk rock band from London, credited for fusing punk and hip hop together with influences from ska and spoken word. Tariq Ali described the band’s sounds as ‘rough, radical music that should unsettle the rulers of this country.

A new generation of musicians are challenging war-monger politicians and their courtiers’. Influences include Public Enemy, The Clash and The Specials. Lead singer Jonny “Itch” Fox describes the band’s sound as ‘rebel street music.’