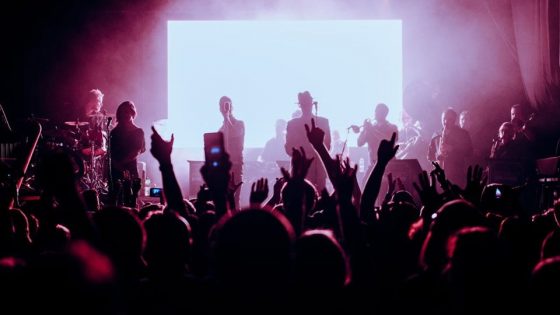 After a whirlwind tour of the UK in the Autumn of 2018, Dutty Moonshine Big Band will be back on the road in 2020 with an abundance of dates, a brand new stage show and bags upon bags of new and unheard bass driven treats.

2019 witnessed the biggest and baddest festival season for the 14-piece onslaught and saw them conquer stages at the likes of Wilderness, Beatherder, Glastonbury and Valleyfest with a unique take on 1920’s jazz that has been fused together with future sounds from the bass music underground and fronted by two of the UK’s best MC’s, Maria Laveau and Hyperman Sage.

Playing 20-dates across March and April, Dutty Moonshine Big Band are heading to a city near you. It is time to get ready for the unexpected.

Tickets go on general sale via seetickets and the venue website now !