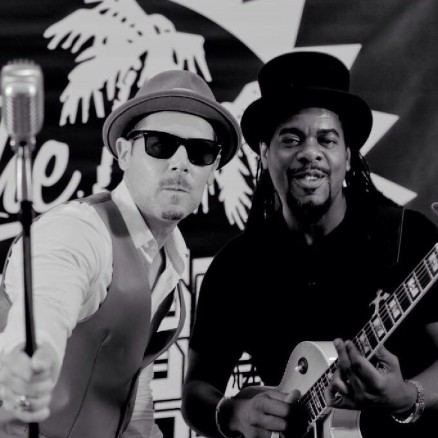 The Dualers – Up close and personal Ft Tyber & Peter

The Dualers are Britain’s much loved Ska and Reggae band from the South of England who have steadily built up a following of many thousands of truly dedicated fans. Brothers Simon and Tyber Cranstoun were introduced to music at a very early age by their father; Bill Cranstoun who was a local promoter of Jamaican music in the 1960’s and ran his Savoy Sound System at several locations in South London. They grew up with the sounds of The Blues Busters, Lord Creator, Stranger Cole, Bob Marley, The Skatalites, Sam Cooke and Otis Redding to name a few.

As Britain’s finest Ska & Reggae band that continue to play to sell-out crowds all over the UK, Europe & Asia. Most of the bands UK dates for 2018 are already SOLD OUT so we are lucky to announce this one off intimate show with Tyber & Peter from the band