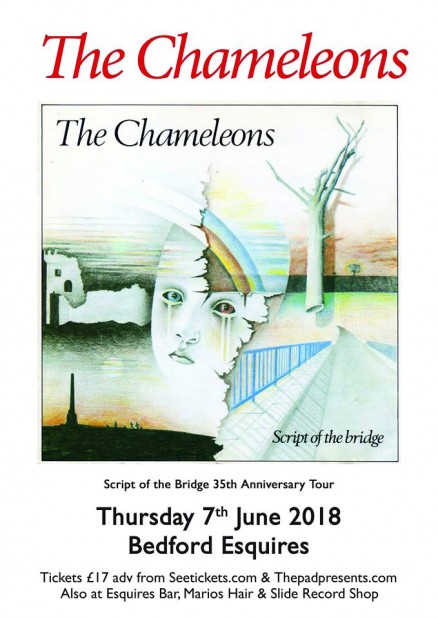 The Chameleons (vox) is the continuation of The Chameleons UK, arguably the most widely influential guitar band ever to come out of Manchester, England.

In 2018 The Chameleons celebrate the 35th anniversary of their classic album “Script of the Bridge” and four this tour the band will be playing the album in full and tracks from heir stunning back catalogue.