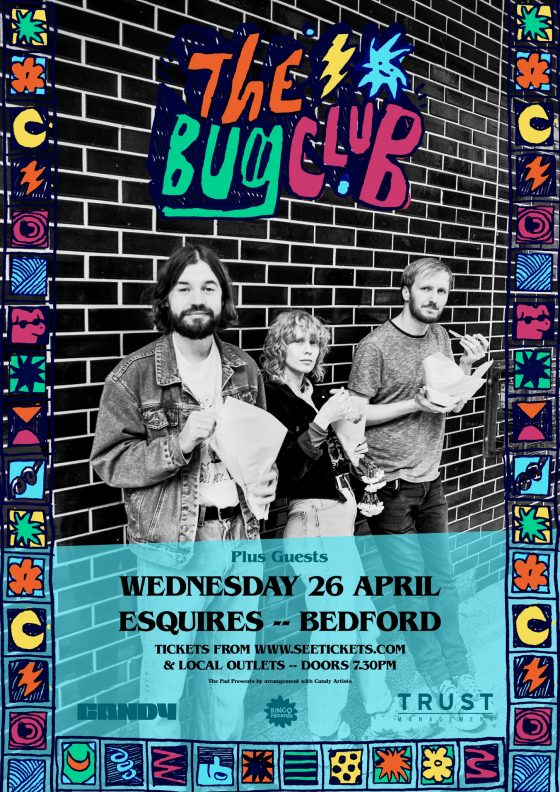 THE BUG CLUB
+ guests
Wednesday 26th April 2023
Esquires Bedford
We are delighted to welcome one of our absolute faves, The Bug Club to Esquires in April, following their sold out Room 2 show earlier in 2022.
This time the band are upgraded to our main stage and for good reason – they’re one of the most exciting and talked about bands of the moment!
We were sold on this band the minute we heard their debut long player ‘Pure Particles’, an album of sub-3 minute whirlwind power guitars and often amusing lyrics, all wrapped up in some of the most gorgeous harmonies our little brains have ever processed.
Since then the band have received huge support from the likes of BBC 6Music, with countless playlists and live sessions. They released their excellent second album ‘Green Dream in F#’ to critical acclaim in October and come to us as part of an extensive UK tour.
No pretence with this band – come and see them, it’s going to be a lot of fun and we will be dancing.
Tickets go on sale 10am, Friday 11th November from seetickets / Also available from Slide Record Shop and Esquires Bar
This is a 14+ ages show, under 16s to be accompanied by an adult
Full support line up to be announced