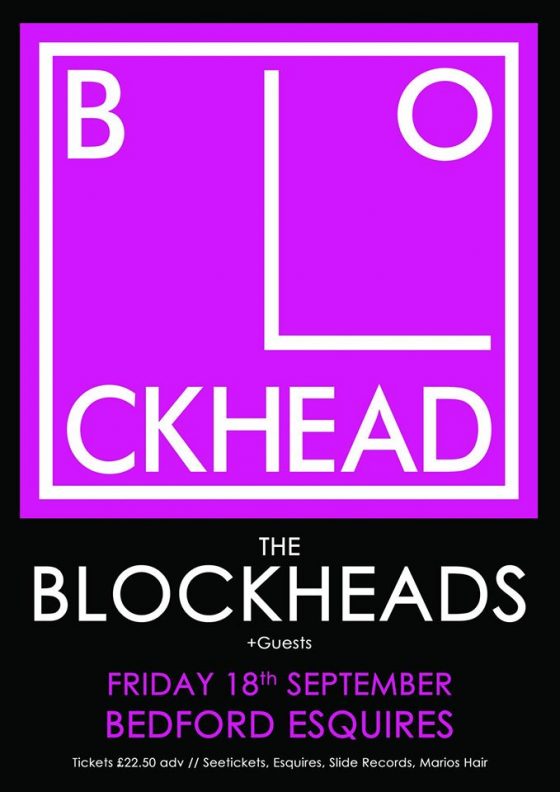 We are very pleased to be bringing living legends The Blockheads back to our main stage for the first time in two years on Friday 9th April as part of our overdue 30th anniversary weekend.

Formed in 1977 to promote Ian Dury’s album New Boots and Panties on the first Stiff Records tour of the UK.

The Blockheads are now fronted by one of Ian’s best friends Derek ‘The Draw’, the band’s vocalist and wordsmith. Chaz Jankel, Norman Watt-Roy, John Turnbull and Mick Gallagher still remain from the original band and the current line-up is augmented by John Roberts on drums and a rolling line up of saxophonists including Gilad Atzmon, Terry Edwards or Dave Lewis.

At this point the band had to make a decision to either stop or continue. The choice was made and the band has continued making albums and touring the world.

Now after almost 15 years since Ian passed away, The Blockheads still perform to packed out venues around the world.

Support to be announced.