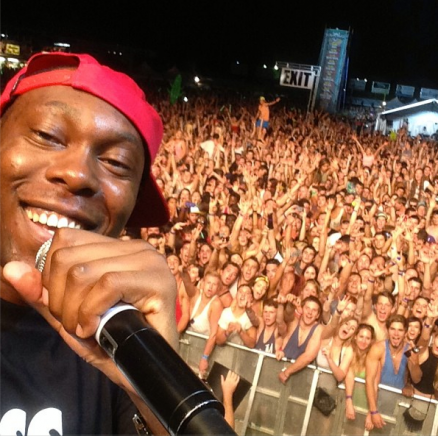 Are you ready, Bedford? Dizzee Rascal is coming to town, with a support line-up that will be the biggest urban music event the area has ever seen.

Dizzee is best known for his number-one hits “Dance wiv Me”, “Bonkers”, “Holiday”, “Dirtee Disco”, and “Shout”, his debut album Boy in da Corner is considered a grime classic and earned him the 2003 Mercury Prize. Follow-up albums Showtime, Maths + English, and Tongue n’ Cheek have been critically acclaimed and certified gold, with Tongue n’ Cheek going platinum for sales exceeding 300,000 units in the United Kingdom.

But we’re not just bringing Dizzee to town, supporting him on the night will be:

Kurupt FM Wiley Jaguar Skills Ms. Dynamite It’s set to be an outdoor music event the likes of which Bedford has never seen. Get your tickets now to avoid missing out!