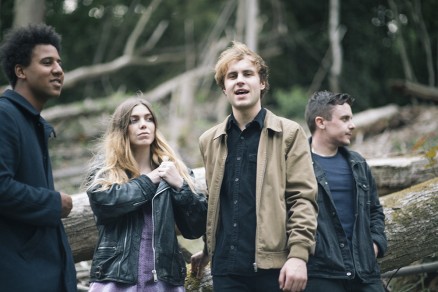 THE PAD PRESENTSwww.thepadpresents.comSUPERFOOD + Special Guests
We’re pleased to be putting on another show with one of our favourite new bands SUPERFOOD, after hosting them twice with Wolf Alice back in May.

Shrouded in accidental secrecy Superfood unveiled their first ever recorded track that started it all entitled, er, Superfood.

Hailing from Birmingham, this four-piece oddball gang have gained a fierce live reputation and up until recently the only way to hear and see the band is going to a gig.

However, with the release of the Superfood EP recently, these guys have gone from strength to strength, releasing two of the best tracks of the summer with ‘Melting’ and ‘TV’.

They played their first gig in Birmingham last year on Halloween after spending a month crafting their first set of songs. It was a huge success. So much so that they played a dozen shows under various guises to keep them from prying eyes.

Since then the band have been on their own headline tour, as well as supporting Wolf Alice and fellow Brummies Peace. With the release of their debut album imminent, they head on the road in the lead up to one of the most anticipated albums of the year.

Support line up to be announced

Tickets are just £6 advance, on sale 9am Friday 15th August from Seetickets.com

On sale from Club 85 and Wegottickets shortly, keep an eye on the event page!