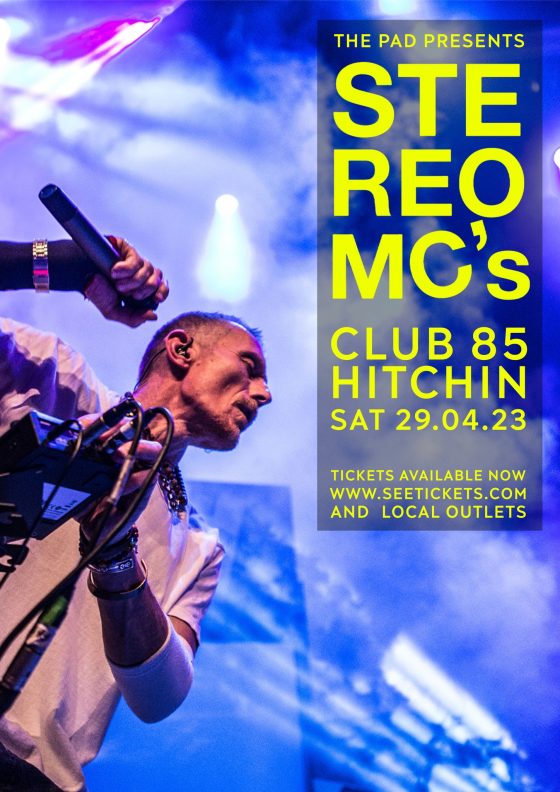 This has led to a joint venture label http://connected.co.com/ with Terranova and distributed through Kompakt Records , the main purpose for release new Stereo Mc’s records starting in 2016.2015 also saw a flurry of live shows mainly in the UK , with a stronger bolder electronic slant to brilliant effect and response.

Always in demand on the UK festival circuit this is a rare chance to catch a club show from a UK Hip Hop institution.

Tickets priced £22 are on sale from 10am on Friday 4th November from Seetickets and also available in person from the local outlets of H Town Wax and Rags, Bar 85 and David’s Music in Letchworth