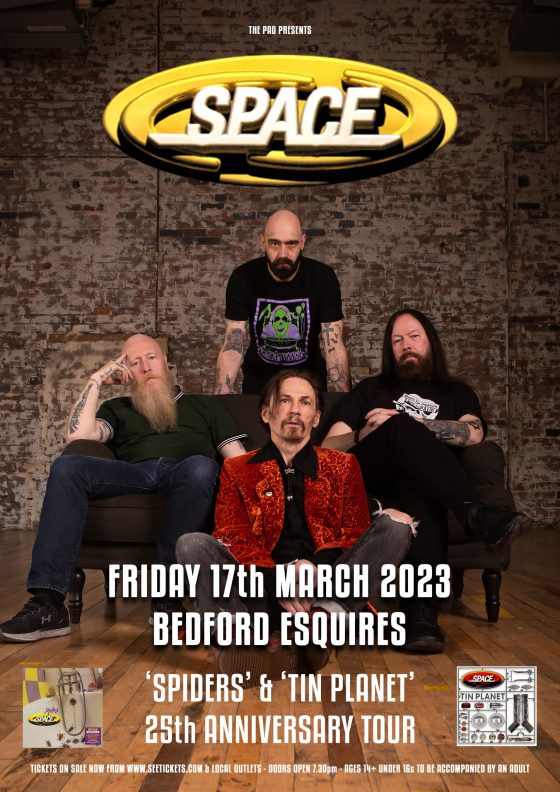 SPACE
“Spiders & Tin Planet 25th anniversary tour”
Friday 17th March
Bedford Esquires
We are very pleased to announce that one of the UKs best loved alt-pop/indie bands, Space will be returning to Bedford Esquires for the first time in many years, as the band celebrate the 25th anniversary of their first two albums ‘Spiders’ and ‘Tin Planet’.
Bending elements of electronica, guitar music and often quirky vocals, Space were one of THE bands of the mid-late 90s, with the first two albums both hitting the top 5 in the UK charts.
Spawning classics such as ‘Neighbourhood’, ‘Female Of The Species’, ‘Me & You vs The World’, ‘Avenging Angels’ and ‘The Ballad Of Tom Jones’, both albums still stand up as eclectic masterpieces in their own right.

Tickets also available minus booking fee from Wednesday 14th September from Esquires Bar and Slide Record Shop.
This is a 14+ ages show, under 16s to be accompanied by an adult