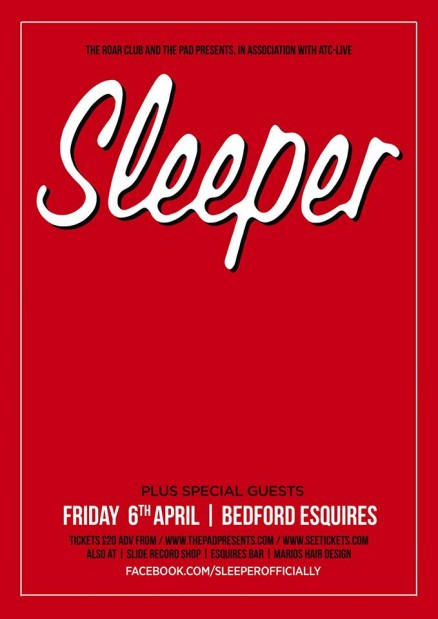 The ROAR Club & The Pad Presents..

We are pleased to be teaming up with The ROAR Club to bring a huge show to Bedford in April, with the newly reformed SLEEPER coming to play Esquires.

One of the biggest bands of the Britpop era, the Louise Werner fronted 4 piece notched up an impressive 8 top 40 singles and 3 top 10 albums before they split in 1998.

The band reformed in 2017 for just a handful of shows, including selling out Shepherd’s Bush empire, but we are lucky enough to have secured a very intimate date as the band look further into the future.

—————
We expect this show to sell out in advance, advance purchase highly advised. Tickets are £20, on sale Friday 27th October from: http://www.seetickets.com/event/sleeper/bedford-esquires/1159141 Also on sale locally from Esquires and Slide Record Shop