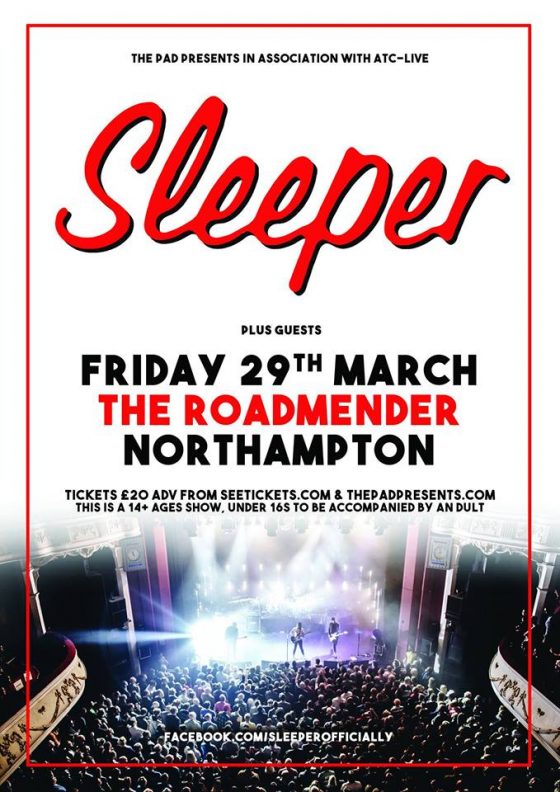 We are really excited to be bringing Sleeper to Northampton Roadmender as part of their UK tour in 2019. The band reformed back in 2017, selling out Shepherds Bush Empire in the process. Earlier this year they played for us on a smaller run of dates at Bedford Esquires, which sold out in just 36 hours, so we feel privileged to be working with them once again.

One of the biggest bands of the Britpop era, the Louise Werner fronted 4 piece notched up an impressive 8 top 40 singles and 3 top 10 albums before they split in 1998. The live shows are as brilliant as ever and with talk of a new album on the way, 2019 is the year Sleeper come back with an even bigger bang!