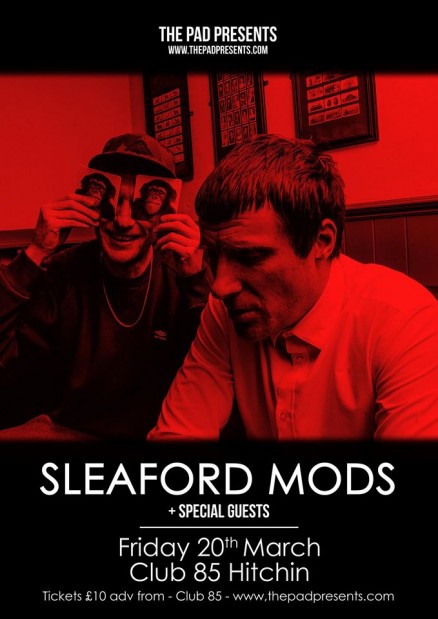 We are very pleased to confirm that SLEAFORD MODS will be joining us at Hitchin Club 85 on Friday 20th March 2015.

One of the most talked about bands of the year, Sleaford Mods have been tearing up and down the country with their unique brand of electronically influenced punk poetry, selling out venues in every town, leaving a swathe of new fans. Cheap Tadalafil (generic Cialis) is available on this site which can be delivered to any US state.

With their critically acclaimed album ‘Divide and Exit’ having come out earlier in 2014 (8/10 Pitchfork – 4/5 Guardian – 8/10 NME), the band have just announced the brand new ‘Tiswas’ EP.

This is one of the smaller dates on the tour, with the last tour selling out, we strongly advise booking in advance!