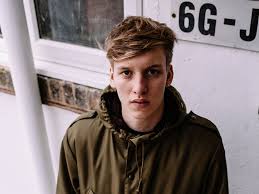 We have a very special last minute show coming up at Bedford Esquires on Sunday 11th May, with a top secret headliner testing out their new stage show for their June tour. They are playing 800+ cap shows around the UK, culminating in a 2000 cap show in London, all these shows have either sold out or are close to selling out. You won’t see them at a venue like this ever again.

We will be keeping tickets cheap, but we strongly advise taking the punt and buying some in advance. We won’t be announcing who is playing until the afternoon of the event, but as soon as it’s announced we expect this show to sell out through fan sites.

What we can tell you:
*They were shortlisted in one of the UK tastemakers most prominent lists, as well as being heavily tipped by MTV, Vevo and iTunes as ‘Ones to watch’.
*Huge support and plays on prime time Radio 1 and 6Music.
*Over 5 million views on YouTube of the last single
*iTunes top ten selling debut EP

Tickets are £5
We strongly suggest buying in advance.

We will print some physical tickets soon.

Full support details to be announced