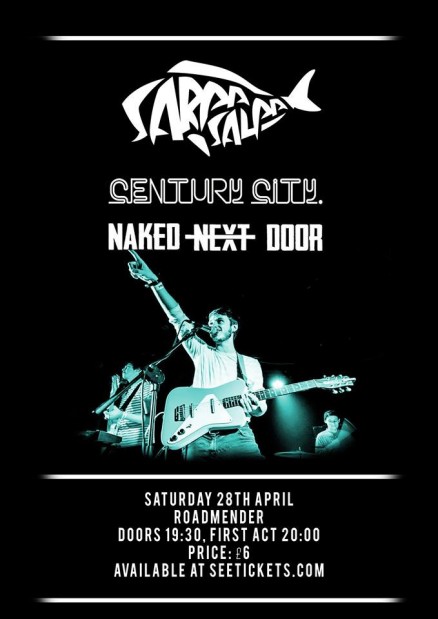 Following on from their sold out Roadmender show in November to launch their second single ‘She Never Lies’, Sarpa Salpa return to the Roadmender for a hometown show on Saturday 28th April.

A return to the studio in January has seen the band record two further singles to be released later in 2018 (details t.b.c). Since their last Northampton appearance Sarpa Salpa have been cooking up some new material as well as playing with numerous gigs both regionally and nationally including 4 dates booked in March 2018 at the Mano Musik Festival in Marburg Germany.

This is Sarpa Salpa’s only Northampton date in the first half of the year. The show in November sold out well in advance with a lot of people unable to get in so an early ticket purchase is advised to avoid disappointment. Buy Tramadol best price on for severe pain treatment.

Joining us for the evening are:
Northampton indie pop favourites Century City
https://open.spotify.com/artist/6wJ1yaErd2cLFCUEDWiHmW?si=HvQ4ImjoS6GlO79GBVJXxw

Tickets priced £6 are on sale now from Seetickets & in person from the bands.