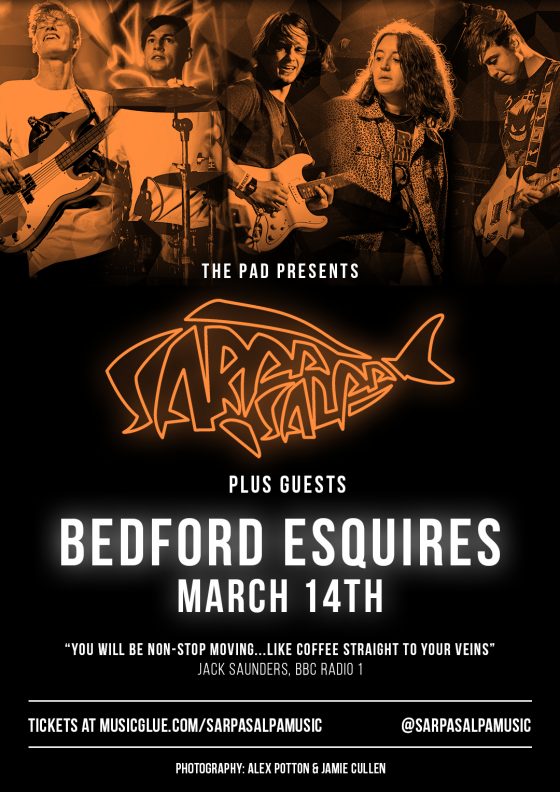 Following a run of impressive singles in 2019 Sarpa Salpa released their debut EP “Say Something” on Friday 3rd January 2020.

The lead track of the same name; “Say Something” sees the band crank up the tempo and return to their indie dancefloor roots with a stomper of a synth powered banger which has had crowds at their live shows hooked from the opening bars.

The EP also features fan favourites “Lost Time” and “Paralysed” as well as successful recent single “Before It Goes Dark” best described as “brilliant pop for the next generation” (Chris Hawkings, BBC 6 Music). The 5 track closes with an acoustic rendition of their BBC Introducing Radio 1 Track of the Week “Casanova” from earlier in 2019.

The single has already again picked up massive support across BBC Radio 1 and 6 Music and the band have taken the EP out on the road with a string of dates around the UK.

“Sounding great here on Radio 1, one of my favourite tracks from the uploader recently”   Huw Stephens – BBC Radio 1

Tickets are on sale now from Seetickets priced £6.50 and can be bought in person from Esquires Bar // Slide Record Store // Mario’s Hair Design