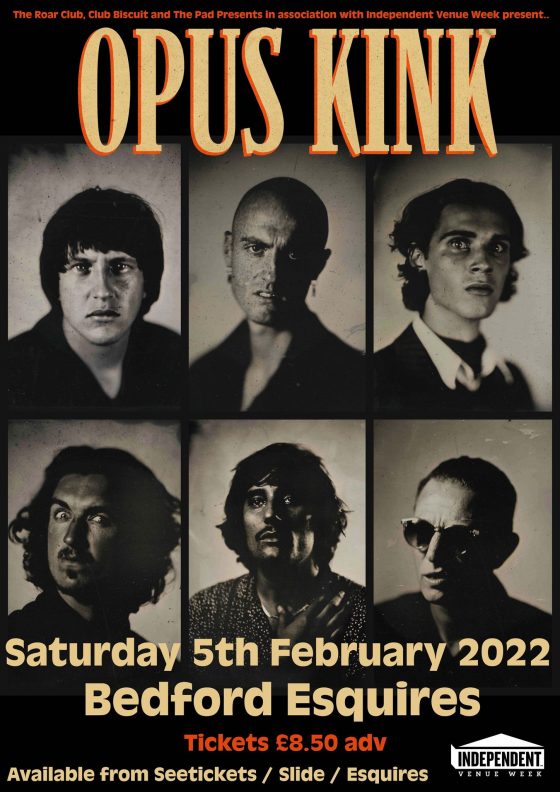 Opus Kink were formed in Brighton in the late 2010s through a desire to marry together the members’ collective musical inspirations – punk, jazz, garage rock, art rock, European folk, country, blues, Latin and African music among others – and to lay over them a surreal narrative world of modern fables, hymns, vivid imagery and gothic storytelling. With a focus on a raw, darkly theatrical live show and prioritising experimentation in the studio, the band – whose notoriety has grown largely by word of mouth – stay creatively unpredictable and continue to elude category