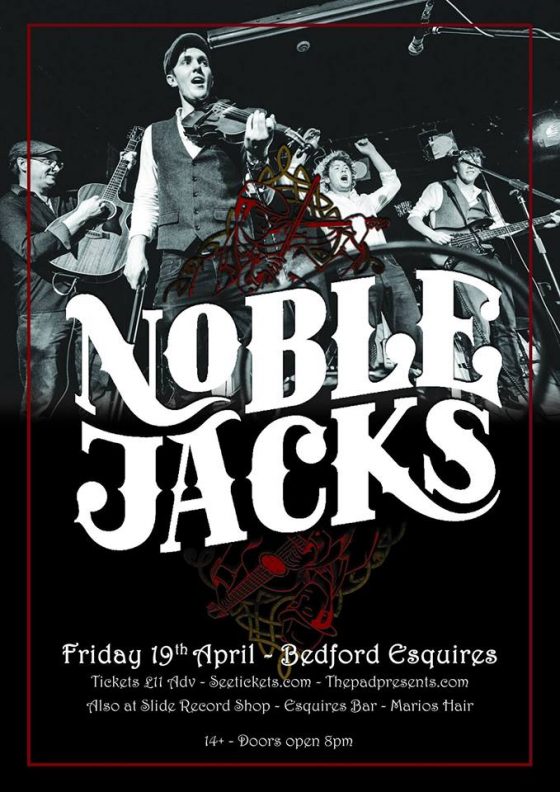 We welcome the return of Noble Jacks to Esquires, having supported The Eskies in November 2018 on our main stage.

With the fiddle leading the charge, Noble Jacks are out to take no prisoners with their high-energy footstompin’ rhythms, which have taken crowds by storm across the UK.

Noble Jacks have been touring relentlessly. With sold out shows across the UK on their two headline tours in 2018, many months in advance, as well as shows at major festivals including Glastonbury, Isle of Wight and Bestival, including major European festivals.

Noble Jacks second album, Stay Awake, is coming in the Spring of 2019, and the Jacks will be embarking on their biggest ever UK headline tour, taking the liveliest show around on the road.

Tickets are £11 adv, on sale now from Seetickets and also available from Slide Record Shop, Esquires and Mario’s Hair Design.