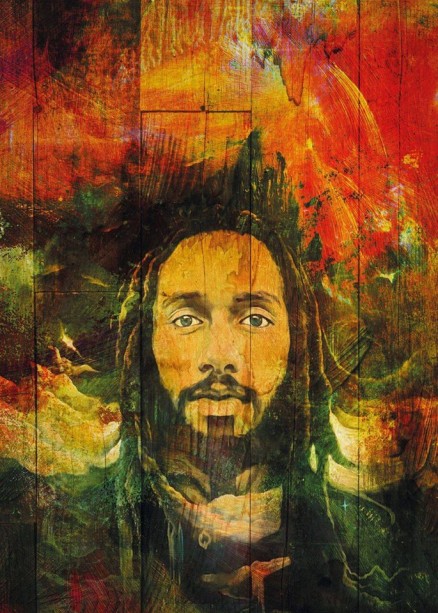 Natty is an Artist/Musician born in San francisco, raised in London. His heartfelt recordings and Live performances (acoustic or with The Rebelship) have gained Natty a loyal and ever-growing fanbase from people of all walks of life.

Having sold many records and performed in countries across the World Natty says: “Bringing people joy and healing has been my greatest works”A gifted musician from an early age, dabbling with many styles and instruments, he started a band aged 10, by age 16 he was a go-to beat-maker for local hip-hop acts.

Natty started developing his sound after leaving school and getting a job at the world-famous Sphere Studios. On down-timehe would experiment and work on his songs. Natty left the studio 4 years later working as a freelance producer whilst performing his songs at open mics around London. He was quickly spotted, followed by signing with Atlantic Records in 2008 and putting out his first album, ‘Man Like I’. It’s success captivated the attention of the UK music press and public, as well as overseas, including Japan, where he had a number 1 hit with the single ‘Badman’.

Performing on Later with Jools, ITV News and The BBC Electric Proms areamongst some of the TV highlights of Natty’s career. Artist collaborations include work with Nitin Sawhney, Roots Manuva, Tony Allen, Prince Fatty, Baba Maal, Akala etc. have also lead to touring with Ziggy Marley around USA, playing an unauthorised headline show in front of thousands inKhartoum, Sudan and performing in the U.N building(NYC,USA) on World Humanitarian Day. Whilst on-off touring, Natty took a self-imposed hiatus from the UK music scene.

Writing, travelling, meeting with spiritual leaders in Africa and South America. More than just a musician involved himself with an orphanage in Gambia, as well as various community works in Southern Africa and London alongside continuing with his Vibes and Pressure nights.

Natty and friends built a studio to record sophomore album Release The Fear with his newly-established band The Rebelship. African beats, acoustic sounds and analogue soundscapes coupled with soaring melodies and upful lyrics take us on a well-plotted journey to the final title-track song “Release the Fear,” make this album something completely unique in the heavily-saturated popular musical landscape of today.

Natty’s new album was first released on his website in 2016 and is already being hailed as a “classic” by bloggers, critics and music lovers. The album will be available to stream and for sale from all outlets in September 2017 in conjunction with releasing videos for 2 songs from the album: Seasons Change ft Alborosie and Busy Signal, and Motherland shot in Sierra Leone.

Tune into Natty and The Rebelship, check out links below, Seasons Change ft Alborosie and Busy Signal unreleased Video: