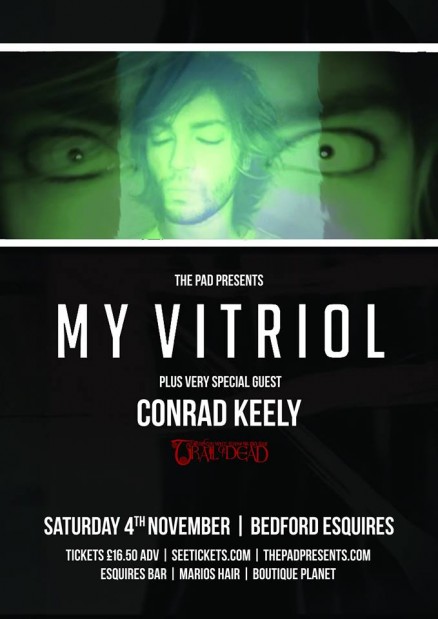 ****tickets valid from the previously cancelled show from Thursday 4th May****  Can’t make it? get a refund from the point of purchase

We are very excited to announce that My Vitriol will be coming to Esquires after quite some time since last playing the venue.

The band released one of the seminal albums of the last 20 years when debut ‘Finelines’ came out, bringing with it 3 top 40 singles and heavy rotation on MTV before the band went indefintely on hiatus.

The Som Wardner fronted 4 piece have always been something of an enigma, a legend among bands and have only released a small batch of new material since their debut album.

Previous visits to Esquires have seen the venue sold out and we expect the same this time around, picking up tickets is highly advised.

Support to be announced