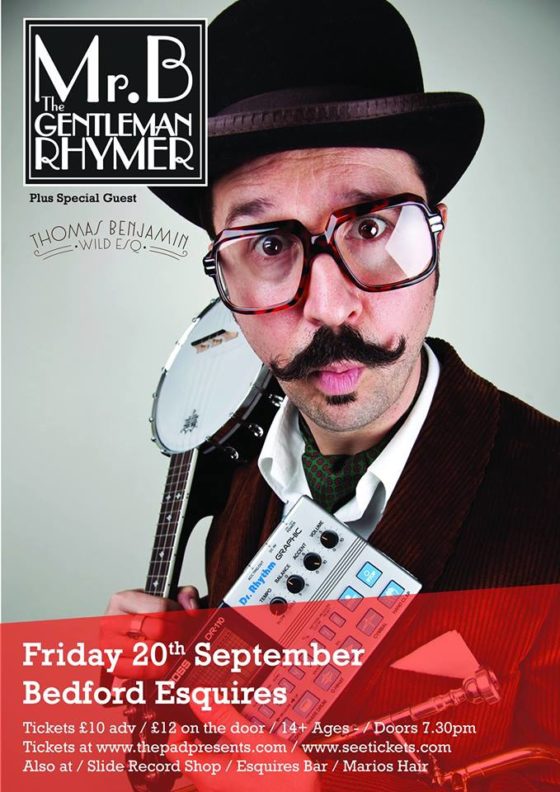 We are pleased to announce that two very dapper chaps, Mr B The Gentleman Rhymer and Thomas Benjamin Wild Esq will be teaming up for a night of ditties at Esquires on Friday 20th September.

From deepest darkest Surrey, and with a decade of gentlemanly catterwalling under his belt, Mr.B brings you Chap-Hop, re-acquainting Hip-Hop with the Queen’s English from whence it came. His legendary live recitals have earned him plaudits, largely from top shelf gentlemen’s quarterlies.

What can we say about local hero Thomas Benjamin Wild Esq? The man went stratospheric earlier this year, with his single ‘No More F’s To Give’ hitting several viral video channels, reacking up tens of millions of views and propelling his album into the charts! His own headline Esquires show was a packed out affair, so we suggest picking up tickets in advance for this one!