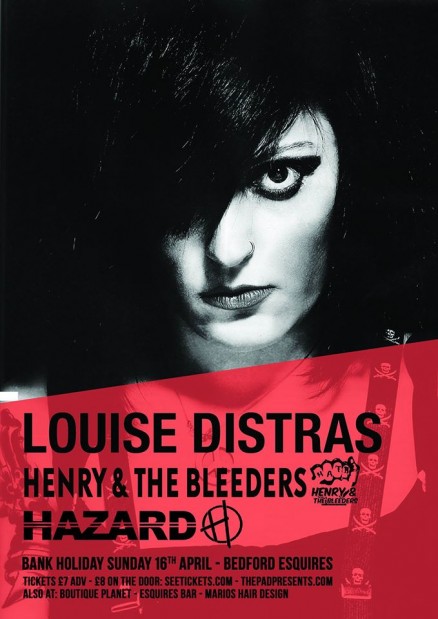 Like the great storytellers and social observers before her – from Bob Dylan through to the Sex Pistols, it is little surprise that Louise Distras is already garnering comparisons to charged songstresses Brody Dalle and Courtney Love, but this British indie songstress is already a woman in a league of her own. Tipped as one of Kerrang magazine’s ‘Stars of 2017’, Distras channels her anger, hopes and fears into anthems of love and fury for yet another let down generation.

Support on the night sees the very welcome return of Henry & the Bleeders, who have not played the venue in over 18 months, and one of our L-Town favourites Hazard, last seen supporting The Dickies and Radkey on the main stage here.

Tickets are £7 advance, on sale now from Seetickets and available from Esquires Bar, Boutique Planet and Mario’s Hair Design from Monday 30th January.